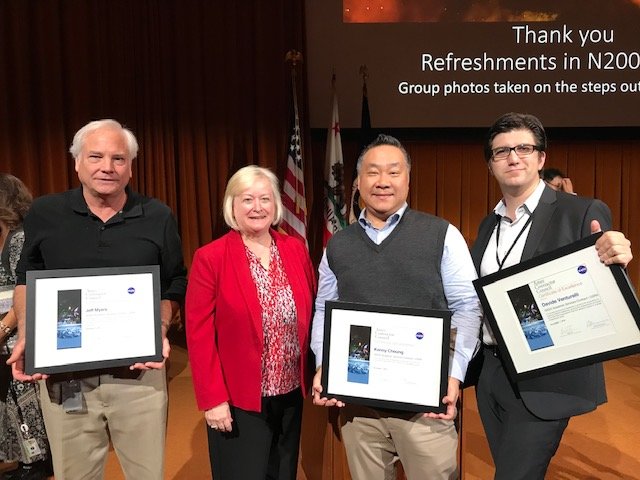 For exceptional technical leadership in growing the ecosystem for Quantum Artificial Intelligence Lab, growing the engagements to include more than forty organizations with key research outputs in a range of application areas.

For exceptional technical leadership developing R&D collaborations for Earth Science, including engagements with universities for new instruments and enhancements for instrument calibration capabilities.

This course teaches you fundamentals of reproducible data science and analytics, probabilistic reasoning & statistical inference, and machine learning to leverage data generated within the large scope of aviation and aeronautics.

As the number of air vehicles grows exponentially with unmanned aerial systems and the amount of data grows exponentially in civil aviation, the future holds more promise for a greater impact from advanced tools and techniques in data science and AI. This Spring, learn from experts in government, industry, and academia in a 12-seminar series, sponsored by USRA and UC Berkeley with NASA Ames Research Center.

USRA institutes and programs will celebrate USRA’s 50th anniversary on March 12, 2019. USRA was founded on March 12, 1969 in Washington, D.C. as a private, nonprofit corporation under the auspices of the National Academy of Sciences.

This is just a sample…